I immigrated to Canada with my family when I was five years old. We moved straight from northern England to northern Alberta, where I would spend the rest of my childhood with my sister and brother. We lived on an acreage outside of Slave Lake, surrounded by poplar and pine. With a typewriter I received as a Christmas gift, I set up a writer’s studio in a treehouse. I wrote Anne of Green Gables fan fiction and my father copied and mailed the stories to himself to protect his eldest daughter’s work.

During a March snowstorm three weeks after my eighteenth birthday, I sank three vehicles at the end of my driveway: my car, my dad’s tractor, and my dad’s quad. A young man who lived down the gravel road came to my rescue. He dug me out and then resumed his position atop his snowmobile, ready to return home. I interrupted his departure with a kiss and married him five years later.

If you grew up as a college-bound female in a small town in the late nineties and early 2000s, it was likely you were presented with one of two career options: girls who were good at science or math were told to go into nursing, and girls with talent in English or social studies were encouraged to become elementary school teachers. I fell into the second camp and started my studies through a university transfer program at a local trade school, Northern Lakes College, in 2004. Because Slave Lake was experiencing an oil boom at that time, workers were in short supply. The mere fact that I was enrolled in college classes qualified me to fulfill multiple vacant jobs I had no business working – including working as a preschool teacher, a grade one teacher, a daycare worker, a behavioral therapist, and a family crisis resource worker.

Helping families and children in need presented a crash education in the systematic injustices faced by impoverished people in our province. This knowledge would later inspire much of the content in Always Brave, Sometimes Kind, which I consider both a love letter and plea to my province. However, the most important thing to come from my college-era working days was my parents’ adoption of two of my daycare kids (twins). That’s a long and magical story in itself, but won’t be shared here out of privacy for my youngest sister and brother.

Shortly after the twins’ adoption, I graduated with a diploma in the arts. I was accepted into the University of Alberta’s Elementary Education program but, as September neared, I knew I was off-course. Literature was my calling. I withdrew from the program and registered for the English Degree program through Athabasca University.

I spent the next year studying through distance learning, reading literature and writing essays in Freddy’s drafty spare room. It was one of the most private, solitary, and intellectually richest periods of my life. Then, ten months before graduation, I became so ill I could barely read my textbooks. I was pregnant.

Pregnancy meant I had to return to the workforce or forgo maternity leave after the baby was born. I withdrew from my courses and started applying for work. My last university assignment was an essay entitled “The Joy of Being Kicked” in which I explored both the reasons why I had chosen to continue my unexpected pregnancy, and the guilt I felt over my ambivalence towards impending motherhood.

And then, I put down my pen.

A couple of weeks after learning we were going to have a baby, Freddy received a job offer at a Firehall just outside of Edmonton. We moved to Sherwood Park and prepared to become parents. At the ages of 22 and 25, we invited our parents, siblings, and grandparents on two-week notice and married in the empty living room of the home we’d raise our family in. I found work as an Early Childhood Development Resource Worker until the baby’s due date.

Our daughter Cailena was born in January during a chinook that changed the season from deep winter to early spring during our two-day hospital stay. Two years later, while pregnant with her little sister, I received an email from a parenting site encouraging its subscribers to submit essays to a writing contest. On a whim, I submitted my old essay, “The Joy of Being Kicked.” It won and provided the catalyst I needed to begin writing again.

When I shared this first publication with friends on Facebook, people asked if I would help with their writing needs. Grant applications were needed for nonprofits, and folks wanted professional resumes. Through this opportunity, I built a writing business while caring for my children. After my youngest daughter’s Halloween birth, I was most likely to be found rocking Chloe to sleep while typing into a computer with one hand.

Peace was short-lived, however, as two tragedies happened in short succession. My best friend’s husband died two months before their first child was born, and a wildfire burned through a third of our hometown. Following these events, I wrote two children’s books: the first, Sunbeams, was self-published and sold as a fundraiser for my friend and unborn nephew. The second, Hope is in Our Hands, was commissioned, published, and distributed by The Slave Lake Regional Firefighter’s Society.

After Sunbeams and Hope is in Our Hands, I wrote in sips, approaching the page whenever my babies or business would allow the escape. It was an incredibly creative time. I learned what literary journals were and I received a few flash fiction credits in places like Postcard Shorts, Edgar Allen Poe Journal, and Bare Fiction Magazine. I also discovered my local library’s Writer in Residence program. On Valentine’s Day, 2014, just a few weeks before I turned 26, I met with Strathcona County WiR, Margaret Macpherson.

It was Margaret who pulled me out of isolation into a craft and a community. Her manuscript consultations brought my work and skill to a level I hadn’t been able to achieve through self-study. Within weeks of working with the author (who would become a lifelong friend), I received publication for longer fiction pieces in journals like Tahoma Literary Review, Avenue Magazine, and HERizons Magazine. Soon after, these short stories would go on to win the 2014 Alberta Views Magazine Fiction Contest, the Alberta Literary Award’s 2015 Howard O’Hagan Award, and the 2017 Writer’s Guild of Alberta’s Emerging Writer Award.

These drafts would provide the foundational basis for Always Brave, Sometimes Kind, a novel-told-in-short-stories. In 2018, I received an individual arts grant from the Alberta Foundation for the Arts that allowed me to drop my business writing for a year while I drafted its manuscript in full. The book was published by Brindle & Glass (a subsidiary of Touchwood Editions) in September 2020, mere months after the onset of the Covid-19 pandemic.

While it was frustrating to launch a book into a world temporarily without libraries and bookstores, the book was well-received. Always Brave, Sometimes Kind was awarded the 2021 Alberta Literary Award’s Georges Bugnet Award for Fiction, the 2021 Indie Project Award for Alberta, and was shortlisted for the 2021 ReLit Award for Novel. In lieu of meeting readers at book parties, signings, and readings, I developed Book Club Freebies and workshops and instead met students and book clubbers through a computer screen. Instructing workshops turned into a regular part of my work, and I was soon asked to begin critiquing manuscripts for emerging writers as well, which also developed into a service I regularly provide through a new writing business, Always Brave Creative.

Aside from teaching, critiquing manuscripts, and writing resumes, I spent 2021 penning a ghostwritten book for a client who wished to preserve his memoirs.

In 2022, I received creative grants from both the Alberta Foundation for the Arts and the Canada Council of the Arts, allowing me again to write for my own readers. So, happily and with much gratitude, I continue to write. Alskling is a novel of magical realism – a romantic ghost story of sorts. The book is set on the same dirt road where Freddy and I grew up and explores the history of Lesser Slave Lake and Grouard, as well as traditional land stewardship practices. But, mostly, the book argues for our responsibility to share our individual gifts with one another and our planet so that we might both honor the past while making space for the future.

Send me a letter

I’ve told you a little (okay, maybe a lot?) about me, now it’s your turn! Use the contact form to introduce yourself, or find me on Facebook.

What’s Going on With Me 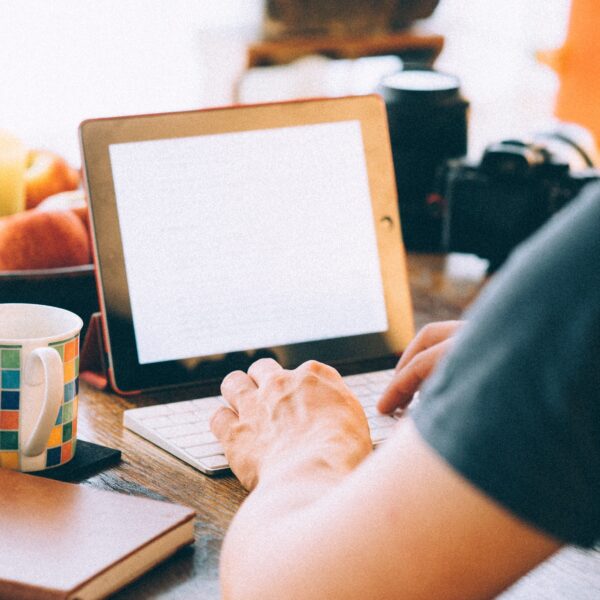 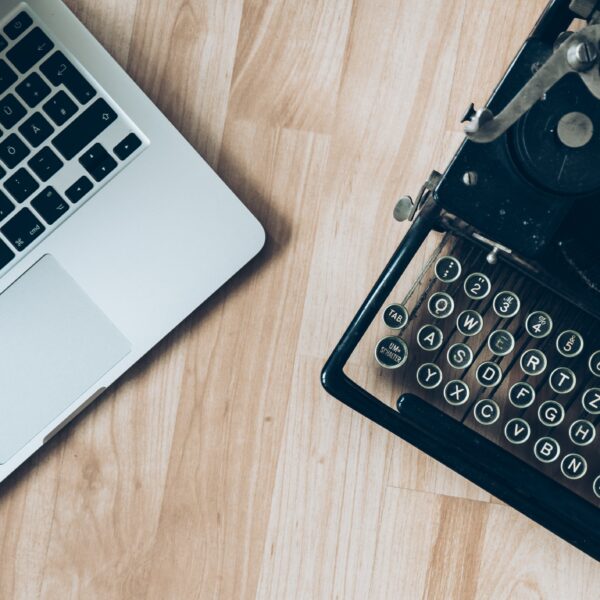 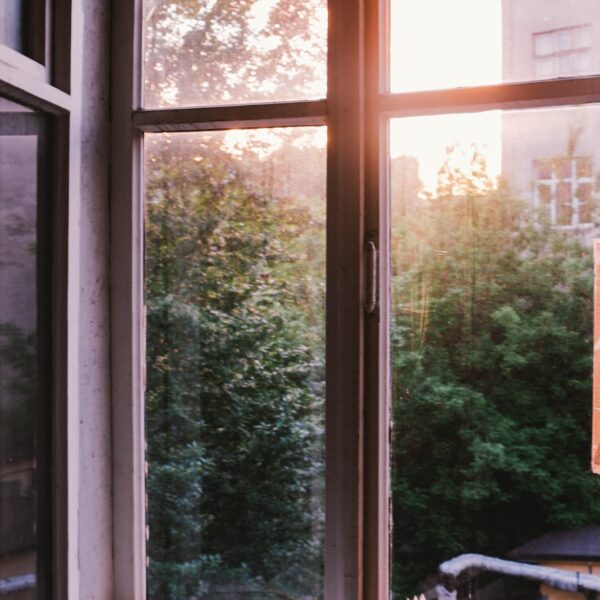 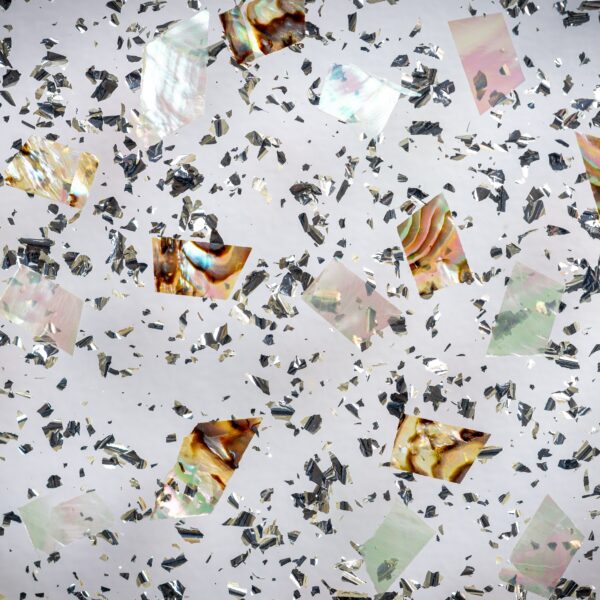 In March I shook off my pandemic funk. A trip to C

Maybe some luck is coming this way 🍀

Chloe’s first soccer game ⚽️ For those of yo

For all the truth about how hard mean girl dynamic

20yrs old: “I sleep in my contact lenses all the

🎶I want a home with a crowded table, and place

A surprise gift from my 10 year old niece 🐣🌸

Woke at 3am and couldn’t get back to sleep. Reor

I like my hair’s natural texture, but I don’t

It is -12 degrees Celsius, and flurries in the nig